Thinking of moving to Orangecrest, CA?

Orangecrest is a neighborhood in Riverside, California with a population of 33,000. If you’re considering moving here, you’ve chosen wisely: This is one of the best places to live in California. Orangecrest is urban but not cramped, featuring coffee shops, parks and highly rated schools that attract young professionals.

Cost of Living in Orangecrest, CA

If you’re thinking about moving to this community, you might be wondering about its cost of living. Orangecrest is 41 percent more expensive than the national average, slightly higher than the rest of Riverside but in line with California’s average cost of living. Housing plays a significant role, with a median home price of $485,000.

The Orangecrest area enjoys 277 sunny days per year. Orangecrest gets only 11 inches of rain a year, less than a third of the national average. Temperatures range from a high of 94 degrees in July to a low of 42 in January. Orangecrest’s 8.7 Comfort Index score (on a scale of 10) indicates the community is more comfortable than most in California.

Things to do in Orangecrest, CA 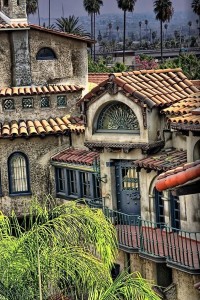 Built in 1876, Mission Inn started off as a modest 12-room boarding house. Over the decades – as Riverside became the richest city per capita in America – it was transformed into one of the finest hotels in the country. There are now 238 bedrooms, featuring breathtaking architecture that has enticed 10 U.S. presidents into staying the night.

Looking for a full day out for the entire family? Castle Park offers 27 rides for kids of all ages, plus an arcade, a water playground, carnival games and four – count ‘em, FOUR – miniature golf courses.

Spanning 161 acres, Mount Rubidoux is best known as the site of the first Easter sunrise service in the U.S. The area is popular with walkers and cyclists, as road vehicles are not allowed in the park. Each year the Fourth of July fireworks show launches from the mount’s peak.

Thompson Brewing is a family-built, -owned, and -operated craft brewery and eatery opened in 2013. The large facility features 250 seats, including a large patio and seating in the brewing area. Enjoy board games, yard games and comic books while awaiting your craft brews, pork nachos and beef burgers.

Check out what Orangecrest has to offer by looking at the map below:

Nearly 40 percent of the city’s jobs are part of the leisure and hospitality industry. Sales and administrative support jobs comprise significant segments of the local workforce, as well. The top-paying occupations are found in law enforcement ($120,000-plus per year) and health care technology ($100,000-plus per year). About 61 percent work for private companies, and 24 percent for the government. Eighty-one percent of local jobs are considered white-collar.

Nineteen public schools in the Riverside Unified School District serve Orangecrest. The district boasts one of the highest concentrations of top-ranked schools in California. Minority enrollment is 79 percent, mostly Hispanic students. The percentage of residents holding bachelor’s degrees is 23 percent higher than the national average.

Making a move to Orangecrest? Hire Orangecrest’s best rated professional moving company to ensure an easy transition! Give SouthernCal Moving & Storage a call today at 951-520-8800 to discuss your move! Because we are an agent of National Van Lines, we can handle any long distance moves. Click Here to see where National can take you! 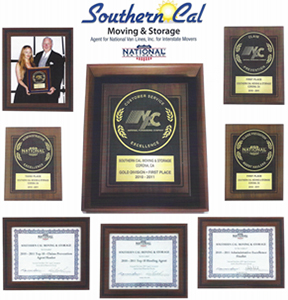